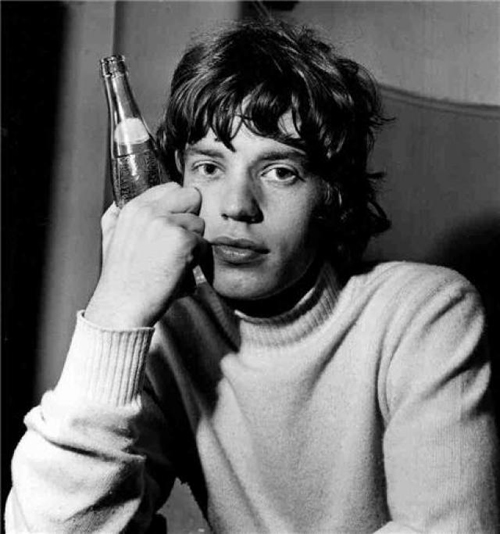 Accountancy has an undeserved reputation for being an uncreative field, but when it comes to balancing the books, it seems that inspiration can sometimes be key. In fact, from eccentric comedian Eddie Izzard to rock superstar Robert Plant, a variety of creative individuals have trained to be accountants over the years; and so too have other celebrities more renowned for brawn than brains. Here’s our list of the 10 most surprising famous people who wanted to join the profession and studied to do so.

Chuck Liddell is a kickboxing, karate and mixed martial arts expert, a former UFC Light-Heavyweight Champion, and an all round tough guy. His epic bouts and (literally) stunning fighting skills have even been credited with helping make MMA a mainstream sport.

Yet, surprisingly, Liddell also happens to be a trained accountant. Yes, the fighter attended California Polytechnic University, graduating with a BA in Business and Accounting in 1995.

Interestingly, Liddell also picked up some of his fighting skills as a student, competing as a Division 1 wrestler as well as frequently crossing paths with drunken students on the college party scene while he was growing up. The former fighting champion certainly challenges any notion that accountants can’t be men (or women) of action.

Kenneth Bruce Gorelick, better known as Kenny G, is a world-famous saxophonist and the best-selling instrumental musician in modern history. His smooth jazz sounds have sold more than 75 million records worldwide. And what’s more, he’s famous for holding an E-flat on a saxophone for an incredible 45 minutes and 47 seconds, purely through good lung control and circular breathing techniques.

Phenomenally successful British comedian Eddie Izzard was once a phenomenally unsuccessful accounting student. The son of an accountant, Izzard studied at the University of Sheffield. Unfortunately, though, he failed all of his exams and was unable to persuade the university to allow him to retake them.

Nevertheless, there was a significant bright side. Izzard had spent his time as a student toying with comedy and was now eager to perform in front of an audience. He began working as a street performer in London, where he learned how to be comfortable entertaining crowds. And by the late 1980s, he had begun performing his unique brand of observational comedy in nightclubs.

With his hilarious stream-of-consciousness ramblings and transvestite image, Izzard is widely considered one of the best stand-up comedians of recent times – which must surely make him the funniest wannabe-accountant of all time.

When it comes to unlikely accountants, they don’t come much more improbable than ex-professional wrestler and current TNA Wrestling road agent D’Lo Brown. Born Accie Julius Connor in 1970, Brown became a household name while wrestling for the World Wrestling Federation (and later, World Wrestling Entertainment) from 1997 to 2003.

Brown’s career peaked in the late ‘90s, when he simultaneously held the European and Intercontinental Championship belts. But what many people don’t know is that the muscleman, who began his career as Ace the Animal, graduated as a Certified Public Accountant from the University of Maine and proceeded to work in the field. Yes, before he was crushing skulls for a living, Brown was crunching the numbers.

Gibby Haynes is the lead singer of cult psychedelic band the Butthole Surfers, but he’s also a former accounting student. Haynes is known, amongst other things, for performing concerts in drag, for firing blanks on stage, and for making articles of clothing displaying the image of Lee Harvey Oswald.

Surprisingly enough, Haynes had a budding successful career in accountancy before discovering his wilder side. The singer studied accounting at Trinity University in San Antonio, Texas, where he was named “Accounting Student of the Year.” He also managed to secure a job with Peat Marwick, one of the top accountancy firms in the area.

However, after only a year working for the company, Haynes became disillusioned with the path his life was taking. He put college on hold and left to form the Butthole Surfers.

The serious world of accountancy might seem a strange place to find funny man Bob Newhart. But after being drafted into the U.S. Army during the Korean War, Newhart worked as an accountant at the USG Corporation. And this was just one of a number of jobs the comedian held down before settling on his final career path.

Interestingly, Newhart describes himself as being not very adept when it comes to taking care of financial matters. He had a habit of balancing the books from his own pocket, and his philosophy was that getting “close enough” was good enough.

Newhart has said of his career: “I didn’t say to myself, ‘Oh, here’s a great void to fill – I’ll be a balding ex-accountant who specializes in low-key humor.’ That’s simply what I was and that’s the direction my mind always went in, so it was natural for me to be that way.”

Robert Plant’s career as a musician must have been a disappointment to his father, who wanted him to be a chartered accountant. Born in 1948, Plant was interested in music from an early age and was a passionate fan of Elvis and the blues.

When he was 16, Plant was given accountancy lessons, but he abandoned them after only two weeks in order to go to college and pursue his interest in music. After spending his early career playing in blues bands, he and Jimmy Page formed the iconic Led Zeppelin in 1968.

Plant has been widely recognized for his vocal talent. He was voted the greatest voice in rock in a poll conducted in 2009. Yet while he may have been a sad loss to the accounting profession, at least our gain was Led Zep – and one of the best frontmen of the 20th century.

John Grisham is the author of many popular legal thrillers, several of which have been made into Hollywood movies, including The Firm, Pelican Brief, The Client, and The Runaway Jury. Although his parents were not formally educated, they encouraged him to work hard at school, and Grisham went through three different colleges before earning a degree in accounting.

Despite initially intending to use his accounting experience to become a tax lawyer, at law school Grisham decided to study criminal law. This decision would end up giving him a great deal of material for his popular novels. His first novel, A Time To Kill, published in 1989, was based on evidence that he had observed while working as a lawyer.

Another unlikely accountant is former Major League Baseball manager and Fox Sports and ESPN television personality Kevin Kennedy. Dubbed “Skipper” by his Fox colleagues after he joined the network in 1999, Kennedy had previously made a name for himself managing the Texas Rangers and the Boston Red Sox. But, like the other individuals on this list, he had another identity as an accountant.

That said, Kennedy didn’t let his book-balancing skills go to waste entirely. As a trained CPA, he apparently helped his players complete their tax returns for a bit of extra income while he was still coaching in the minor leagues. Currently, Kennedy works as a broadcaster for the Tampa Bay Rays. But if he falls on hard times, at least he has options.

Oh, and as a side note, in 2010, Kennedy was one of eight passengers who charged and subdued a man threatening to blow up a flight from Los Angeles to Tampa. Brains, athleticism, and bravery – Kennedy accounts for them all.

Even legendary Rolling Stones frontman Mick Jagger makes our list of unlikely trainee accountants. According to several sources, Jagger studied accounting and finance at the London School of Economics on a scholarship. However, at the same time, he happened to become close to childhood friend Keith Richards and another guitarist, Brian Jones.

So, while Jagger was involved with his accountancy course, he was also being sucked into the world of rock and roll. Ultimately, the singer lasted less than a year at the LSE and didn’t graduate. But just think: if he had, the ‘60s would likely have sounded very different.

Billionaire businessman and philanthropist Arthur Blank has some solid financial experience behind him to help him manage his money. After graduating from Babson College in 1963 with a degree in Business Administration and accounting, he began working for Arthur Young and Company as a senior accountant.

In 1978, Blank co-founded Home Depot, currently the biggest home improvement retailer in the world. The success of Home Dept made Blank a billionaire, and in 2002 he was able to buy football team the Atlanta Falcons. The 70-year-old is currently the president, chairman and CEO of ABM Group, LLC.

Blank’s current net wealth is estimated to be around $1.3 billion, which must make him one of the richest ex-accountants ever. He has also signed the Giving Pledge, which commits him to donating at least 50% of his money to charity.

Legendary banker and financier J.P. Morgan was one of the most influential bankers of his day. Born in 1837, Morgan began his financial career as an accountant in 1857. After working for several firms, he struck out on his own, founding J.P. Morgan & Co in 1895. Over time, the assets his company handled grew to billions of dollars in value.

When Morgan died, his estate was relatively modest compared to those of many of his contemporaries. Fellow tycoon John D. Rockefeller remarked that Morgan “wasn’t even a rich man.” However, the financier’s influence has lived on, and the modern successor to his original company, J.P. Morgan Chase, is now the largest bank in the US.