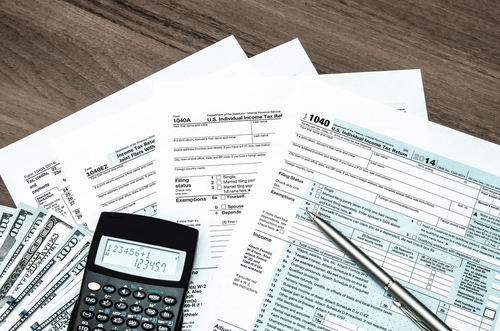 A person interested in personal finance, government, economics or a related area of expertise may wonder, “Do all states have an income tax?” This is important to know if a person plans to relocate or has recently moved to a state that has a different tax status than the one they just left. In places with levied income taxes, failure to file the taxes and pay any amount due could result in substantial fines, wage garnishment, reclamation of property or imprisonment.

Seven States With No Income Taxes

As of December 31, 2019, there were seven states with no income taxes. Those states are Alaska, Nevada, Texas, Wyoming, Florida, Washington, and South Dakota. In addition to these seven states that do not tax income of any type, Tennessee and New Hampshire do not tax the wages that a resident earns. Tennessee and New Hampshire do have a tax on the interest income and investment income that a person earns, but those taxes are currently slated to be eliminated by 2025.

Alaska has the lowest tax burden of all 50 states, explains Investopedia. Alaskans pay no income taxes and no sales taxes. The tax burden when considering property tax, excise taxes and other taxes is around 5.1 percent of the average individual’s income. As an added bonus, every resident of the state of Alaska receives an annual dividend from the Alaska Permanent Fund Corporation. It is for the mineral extraction rights and lease rentals from businesses for public land. In 2019, each resident received about $3,000 for this payment. It is worth noting that Alaska has the highest cost of living of all 50 states.

Cost of Living and Income Taxes

A place’s cost of living only has a slight relationship with its income taxes. Alaska’s remote location and long, cold winters drive up the costs of living. In Florida, high housing costs and higher-than-average sales and property taxes contribute to a higher-than-average cost of living. Nevada relies on high sales tax rates in order to make up the difference for not taxing income. It also has high housing costs. The result is that the state ranks 42 out of 50 for affordability.

How States Make Up the Difference

Each of the seven states that currently do not tax any income and the other two that are slated to stop taxing interest and investment income have to make up the difference somehow. Many of them have higher than average sales taxes. For example, some areas in Texas have a sales tax of 8.25 percent or higher. Other places charge heavy excise or sin taxes on tobacco and alcohol.

In the states that do have income taxes, some have a flat rate and others have a progressive rate that increases with increasing income. It is important to recognize that in states with no income tax, other tax rates might be higher in order to make up for the difference in funds that the government is able to collect and use for public works projects, safety, health, and other services. Knowing the answer to, “Do all states have an income tax?” helps a person understand what their obligations are and which sources of revenue their state government relies upon for public services and projects.