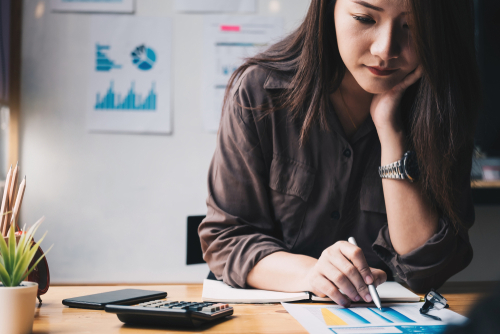 Understanding the differences of each of the tax rate systems is useful for both members of the general public and aspiring financial professionals alike. Economists generally agree that there are three different varieties of tax systems, each with their own benefits and drawbacks. Most governments actually use each tax system in different cases. Here is how each system is defined and how they are different from one another.

A regressive tax system is when taxation decreases as the total taxable amount increases. This includes any tax system with a cap after which taxes are not owed. Under this system, people with lower incomes pay proportionally more in taxes than those with higher incomes. Taxes on unhealthy items, known as “sin taxes” are regressive and used as a way for governments to discourage unhealthy habits that can be detrimental to society at large. “Sin taxes” are commonly placed on items such as tobacco, sugary drinks and gambling. Some types of property taxes are also considered regressive taxes, as are fuel taxes.

Under a proportional tax rate system, everyone pays the same flat tax rate, which does not change depending on income. Some states assess a proportional tax rate on incomes. A common example of a proportional tax is sales tax, where everyone who buys an item pays the same in tax. It is often argued that this unfairly burdens people who make less money, as the amounts they pay in taxes affect them more than it does wealthy individuals who can easily afford it, even though it is at the same rate. The other side of the argument is that this system encourages people to work more because earning more does not carry any sort of tax penalty.

Progressive tax systems assess higher tax rates the more money someone makes. It is often thought of as a way to reduce inequality in a society and spur economic growth. The idea is that if more people, especially people in lower income brackets, have more money to spend on things, it will keep economies healthy. Tax credits for lower-income people are an example of a progressive tax system, as are estate taxes and taxes on investment interest. Estate taxes increase as the amount of inherited money increases and the same is true for interest earned through investments.

The key difference between these three tax systems lies in how tax rates change as the taxable amount increases. Under a regressive tax system, the amount decreases, under a proportional system it stays the same, and under a progressive tax system it increases. Governments often use each tax system on different items to achieve greater fairness, to generate income in different ways or based on what is most appropriate for a particular taxable good. According to Investopedia, the United States uses a progressive tax system for income taxes while using the other two systems for other types of taxes. The same is true for almost all other developed economies around the world.

All three tax rate systems are markedly different, each with their own advantages and disadvantages. Understanding the differences between them equips young economists with necessary knowledge about their profession and makes average citizens more informed about the subject of taxation, which directly affects them. Each tax rate system ultimately has its own place.