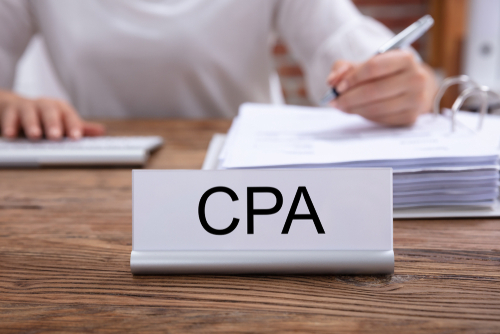 While becoming a Certified Public Accountant is a process, researching the average yearly CPA salary in the United States might push you to get certified. Accounting and finance professionals who are looking to stand out from the crowd of other qualified accountants who are battling for the top-paying positions in huge firms can get credentialed by returning to school.

After they complete the necessary education and they have the appropriate level of experience, they can sit for the universal set of CPA exams. Once a test taker passes each portion of the exam, they are eligible for their license and complete audits and other higher levels of responsibility. With the responsibility comes higher salary range. Here’s what you can expect to earn as a CPA:

What is the Average Salary for Accountants?

To really see how much getting credentialed will help you in terms of a potential increase in earnings, you need to know what accountants who do not have their credential are making first. This helps you look at the big picture of what non-CPA’s earn versus what CPA’s earn in today’s work climate.

According to the CPA Accounting Institute for Success salary survey indicated that accountants who did not earn their CPA license earned an average of $53,402 per year. In comparing the numbers that came back from this survey, it’s been estimated that non-CPA’s, even with a high level of experience, earn around 10 percent less than CPA’s who perform the same duties.

What is the Average Salary for CPA’s?

The average salary for a CPA credentialed accountant is significantly higher than that for a non-credentialed finance professional. According to the Journal of Accountancy, salaries for CPA’s have topped six figures with professionals based in the U.S. earning an average of $119,000 per year. When breaking down the numbers, newly licensed professionals earned $66,000 while those with two or more decades of experienced brought in $152,000.

In the same survey taken by the Journal of Accountancy, more than two-thirds of the respondents claimed they were happy with their salaries once they were licensed. One reason for the satisfaction was because there has been a steady incline in salaries for licensed CPA’s in the field for several years. In fact, more than 80 percent of the 5000 respondents expect that they will be receiving a 5 percent increase in their salary within the next year, which means wage growth is constant.

The Cost of Becoming a CPA

Becoming a CPA is not for the faint of heart. It does require more schooling, if you don’t already have an MBA or Master’s in Accounting, and test preparation and application fees. The biggest expense would be to return to school if you only possess a bachelor’s degree. Assessing the cost of earning a graduate degree and then completing the licensing process is a must before you assume you will be on the winning side after a pay raise.

Becoming a Certified Public Accountant is beneficial in a number of ways. You can earn respect in the field, develop your career, and increase job satisfaction. Another huge benefit would be increasing your lifetime earning potential. Look at the yearly CPA salary and what you are looking to earn in your region before making a final decision.