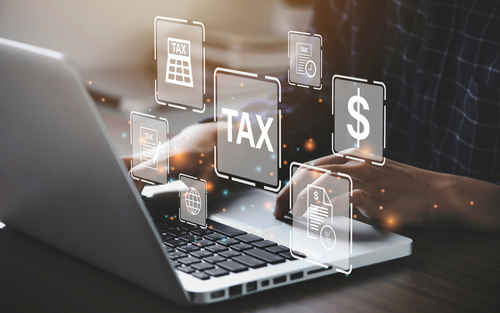 The value added tax, or VAT, is similar to sales tax in the U.S., though there are some key differences. Unlike the U.S. sales tax, which is applied at the end of the sales process, the VAT is a consumption tax that is added to goods at each stage of the production process. It’s a common tax in the European Union, as well as in some other countries around the world. As with most taxes of this kind, it comes with some advantages. Here’s a look at a few of them.

Tracking It Is Easier

Tracking sales tax is more difficult than tracking the value added tax. Because the VAT is calculated at every step of the production process it is more difficult for any vendor in the production process to skip out on the tax. There is a paper trail at all stages of the process, which makes it easier for the government to track who paid their share of the VAT and who did not.

On the other hand, sales tax, particularly online sales tax, is more difficult to track, according to The Balance Small Business. As has already been touched on, sales tax is only charged at the end of the sales process, not all the way through the production chain. Whereas the VAT has a long paper trail, sales tax does not.

The VAT is a consumption tax, which means that the people who are taxed are the people who consume something, according to Investopedia. Some proponents of the tax argue that this kind of taxation encourages saving and thriftiness instead of spending. This kind of tax also reduces or eliminates taxes on savings and investments, which additionally encourages saving and investment.

Supporters of VAT say that in the long run, it would bring in more revenue than other kinds of taxes. In a consumption-based tax system, everyone gets taxed. Some even argue that instituting VAT would help to pay down the debt, though again, the US doesn’t have VAT at this time. However, the sales tax could be used in a similar fashion since it is also a consumption tax.

It’s also simpler to track a consumption tax than it is some other types of taxes, including income tax. Once the VAT is paid, that’s it (in theory). There is little need for a complicated tax code. If the VAT is, say, 5 percent, once the person or vendor pays the 5 percent, that’s it. The transaction is done and there is nothing else to pay or report.

Because there are many advantages to the value added tax, many governments around the world, including the U.S. government, have considered implementing it or something like it. It’s simpler to track compared to other types of taxes, including income tax.

Additionally, people only pay the tax if they consume something. If there is no consumption, there is no tax. It also has the potential to make a real difference in the amount of taxes that a city, state or country can bring in. Some consumption tax supporters even say that a tax like this could greatly reduce the deficit in the United States.