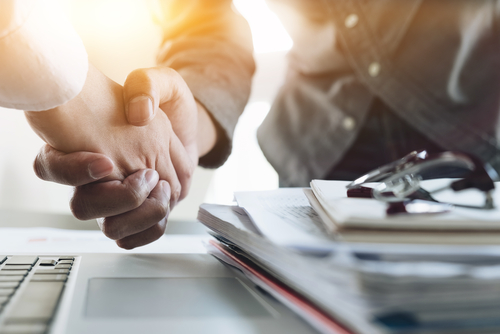 No advanced knowledge or accounting degree is needed in order to gain a basic understanding of what a merger is in today’s business world. So, what exactly is a merger, and what makes it such a pivotal business element? Here’s the basic rundown.

In business, there sometimes comes a time and set of circumstances that call for a rather extensive change in a company’s structure or operational practices. One of the most significant of changes here comes by way of the merger. In short, a merger is an instance in which two or more businesses mutually decide to come together as one, singular, new company all unto its own. Typically, the new company created through the merger will take on many of the characteristics of its originating company components.

This is a very similar process to that of the corporate acquisition. In acquisitions, however, a single company typically takes over or “buys out” another company or companies. Generally speaking, this is a much less mutually agreeable process than that of the mutually beneficial and cooperatively decided-upon merger process.

Naturally, mergers can and usually do represent massive changes to not only the businesses themselves but also to the entirety of global markets, shareholding, and even popular culture in some extremes. Because of such consequential and wide-spread ramifications, mergers must fall within certain parameters and regulations in order to legally succeed in the US and many other countries.

In the broadest of terms, mergers are generally seen as legally permissible if they are determined to be much more likely to serve public and consumer interests than harm them. While the framework in forecasting this future effect can be rather complex, the Federal Trade Commission and the US Department of Justice, the two entities chiefly tasked with overseeing and either permitting or denying such a merger request, have produced a set of what is known as the Horizontal Merger Guidelines. Companies can then use this set of standards in order to assure, before merging, that all action will be conducive with the law and able to then proceed to completion.

For those interested in some real-life examples of mergers in action, there are certainly many throughout business history to consider. Some of the largest and most consequential mergers have included the following.

For more details on these particular mergers and a few others, The Motley Fool’s article, “The 7 Biggest Mergers of All Time (Exxon Didn’t Even Make the List)” provides some great rundown.

In the business world, there are many kinds of highly-consequential shifts and changes that can take place at any time. Mergers are one great example of that very fact. So, regardless of whether or not you’ve attained the knowledge bestowed through an accounting degree, these are the easily understood basics of the merger in the business world today.