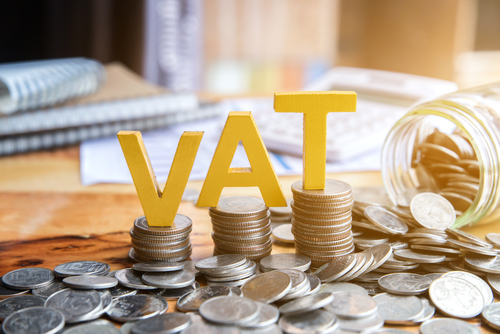 Those interested in business and accounting might have heard of value added tax or VAT. This type of tax has a number of levels and can sometimes be rather confusing to the layperson. Keep reading for a summary of this concept, how it works, and some examples of its use.

VAT is a tax of consumption. It’s placed on a product as it moves through the supply chain. A tax is added each time value accrues, from the beginning of production to the time it is sold as a finished product. Essentially, a buyer pays VAT on the total cost of the product minus the cost of materials used during the manufacture and delivery process that were already taxed. This type of tax style is used throughout the world, primarily in the European Union. Some critics feel that this approach is too generous to the wealthy and is regressive toward low income populations. That’s because it’s not based on income. Instead, the VAT is calculated through consumption. This type of tax is applied the same across the board to each purchase, rather than more tax being paid for higher earned income.

According to The Atlantic, a value added tax is added during each step of an item’s manufacturing, distribution, and sales. This is different from a sales tax, which is determined and collected at the end of the supply chain. With this type of tax, a fee is paid at every stage. A manufacturer will pay the government a tax on the raw materials it purchases. At the next step, the retailer will pay a portion of the tax on the product it buys from the manufacturer. Finally, the consumer is charged its own share of the final price of that product. At each stage of the process, a tax is paid on the value that is added to the product. One thing to consider in this approach is that there is a higher potential for financial loss when inventory isn’t sold than there is with a sales tax system. In addition, there is more paperwork and need for accounting services at each stage of this process. On the other hand, a VAT is easier to track by the government than a sales tax.

As with any system, there are both pros and cons to consider. Proponents of a VAT believe that it would close tax loopholes by simplifying the federal tax code and making the Internal Revenue Service more efficient. One such loophole that currently exists is that many online businesses in the United States do not currently charge customers a tax. It is also believed by many that a VAT will provide citizens with a stronger incentive to earn because they will keep more of the money they make, while only paying tax when they make purchases. Theoretically, this would encourage saving. Others believe there are disadvantages to a VAT such as a higher overall cost for businesses, which could lead to more incidents of tax evasion. Also, opponents believe that this system also results in higher prices for consumers, especially those with lower incomes.

The VAT approach varies greatly from the sales tax system used in the U.S. A value added tax adds a fee to each step of the manufacturing, distribution, and sales process, rather than charging one fee at the time of sale.