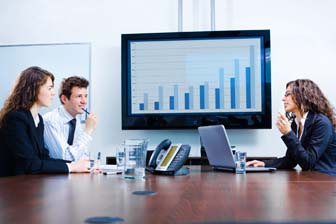 An actuary is someone who calculates risks and other things associated with insurance claims and policies. An actuary is important to insurance companies, government, colleges and many other private and public institutions and organizations. By determining the risks associated with different aspects of the business, and actuary is able to accurately predict the amount of money that will be spent on a particular problem.

One of the most common types of actuary is someone who works for an insurance company. Homeowners who live in a specific area that is prone to natural disasters have higher premiums because actuaries are able to predict the amount of money that the area will have in insurance claims throughout the year. For example, a home in Tornado Alley may have a higher premium than a home in Michigan. While Michigan does typically receive a lot of snow in the winter that calls for replacing a few boards each year, a home in Tornado Alley may have to be completely rebuilt multiple times. If there is a higher risk, the actuary will assign a higher premium to cover the client’s claims.

Actuaries who work for the government are typically there to enforce laws and regulations. The actuaries will also be able to assess the risk of certain businesses collapsing or going bankrupt as opposed to businesses that will thrive and succeed. Actuaries may even be able to tell when a recession is looming, and may be able to help the government avoid any unnecessary failures in multiple levels. According to Beanactuary, actuaries are typically found in upper managerial positions because they are able to assess the damages, risks and costs that the company’s other leaders may not foresee.

Being an actuary gives a person a sense of job security. Actuaries have a very specific knowledge base and skill set, so they are typically able to hold a position for many years. Most times, actuaries can easily retire from the very first company they ever hire into. Not only is there job security, but the salary of an actuary is above most other salaries in most organizations and businesses. Because of the training they receive, actuaries become an asset and a necessity to whatever company they work for. US News, CNN Money and many other media platforms have ranked actuarial jobs as one of the highest paying jobs with the best benefits and work environments.

Being an actuary is certainly not for the faint hearted, but it is a very rewarding and high paying career choice. Actuaries are needed in every industry, and they are paid based on that high need. They are able to prevent business from going under, and they are able to turn a negative risk into a positive outcome. The right actuary should be able to pull a business out of the red and into the blue, if the risk is not too great for the actuary to take on. Even though it is a high paying career, actuaries are in extremely high demand because it is a field that takes understanding and patience to succeed.