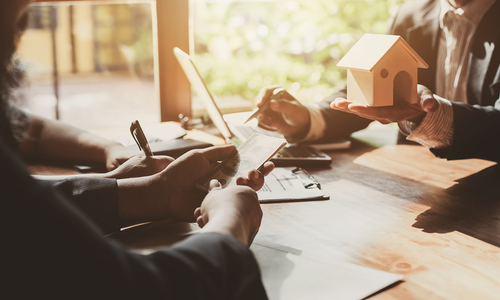 A person interested in finance, estate planning, or investing may want to know, “What is an estate tax?” Essentially, this is a levy imposed by the federal government and some state governments on the fair market value of assets left behind after a person dies. The Internal Revenue Service (IRS) is responsible for collecting the tax, and the rules around it often change as a result of new tax laws passed by the House of Representatives and signed into law by the President of the United States of America.

Estate taxes are based on the current fair market value of assets at the time of a decedent’s death. The tax rules do not consider the amount that the original owner paid for the assets at the time of purchase. For example, a person may have purchased property for $100,000 in 1950. When that person died in 2019, the property may have been developed and valued at $30 million. This property would be subject to estate taxes because it exceeds the 2019 federal threshold of $11,400,000 in fair market value.

Who Can Levy the Tax

As of 2020, there are 12 states or districts that impose estate taxes. Those places include Connecticut, District of Columbia, Hawaii, Illinois, Maine, Massachusetts, Maryland, New York, Oregon, Minnesota, Rhode Island, Vermont and Washington. In those states, estate taxes are due to the state’s taxing authority. The federal government also has the authority to levy estate taxes on people living in any of the 50 states and the District of Columbia. The tax is typically incremental or tiered, with higher tax rates imposed upon assets as the value of the estate increases.

A decedent can leave their estate to their spouse and it will be exempt from the estate tax. However, when the spouse dies, the estate can be taxed once it is disbursed to other heirs. The heirs may have to pay an inheritance tax to their state government and to the federal government when they file their income taxes for the year in which they receive the assets.

Threshold for Imposition of Estate Taxes

The state levels of fair market value on estates are much lower than the federal government’s threshold. The state thresholds for estate taxing range from $1,000,000 in Massachusetts and Oregon to $5,600,000 in the District of Columbia and Maine, explains Investopedia.

The House of Representatives is responsible for the federal tax laws in the United States, including the rate at which estates are taxed. Since 2004, the threshold for imposing these taxes has increased from estates valued at $1,500,000 to those valued at $11,580,000 in 2020. This trend is in favor of wealthy individuals who want to pass their money or assets to heirs without having to pay taxes on the assets.

Understanding the idea of estate taxes helps a person be aware of whether or not the assets they leave behind or the assets they inherit could be subjected to such levies. It is important to recognize that tax rates change, and the federal definition of an estate has also changed almost every year or two since 2004. Knowing the answer to, “What is an estate tax?” could help an individual with their personal financial planning.