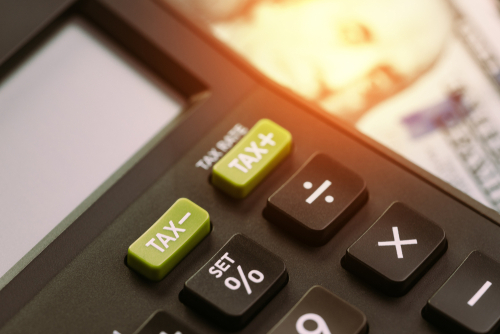 The United States tax code is complicated, and the addition of state and local taxes may lead a person to wonder, “What is an indirect tax?” In short, an indirect tax refers to a tax that is collected somewhere in a supply chain and paid to the government, with the cost of that tax passed on to the consumer at the point of sale. Knowing about indirect taxes, their history, what they include, and what the money goes to makes it easier for a person to understand some of the functions performed by different levels of government.

What Indirect Taxes Are

Indirect taxes are taxing an individual or an entity at the point of sale, but the tax is paid by some other individual or entity to the government. The tax gets added into the cost of the product and is eventually paid by whoever consumes the product. The entity that collects the tax remits it to the local, state or federal government.

There are many types of indirect taxes that an individual has to pay. One type is an import duty. For example, a person goes to a bar and orders a shot of vodka made in Russia. The bottle of vodka has an import duty on it. The buyer of the shot of vodka is not directly paying the import duty; the bar’s owner paid the import duty and sales tax when it purchased the vodka. The price of the import duty is factored into the bar’s charge for the shot of vodka. Import duties are also levied on food, electronics, cars, and other consumer goods. Fuel and cigarette taxes are also indirect taxes. In the case of fuel, the gas station pays the tax to the government, but it goes into the price per gallon paid by the customer.

Why Indirect Taxes Are Defined As Regressive Taxes

A regressive tax is one that causes a bigger burden on a person with a lower income compared to a person with a higher income. For example, the import duty fee on an iPhone from China is the same amount of money no matter how much income a person has or earns. The import duty will be the same no matter whether they earn $50,000 per year or $500,000 per year. Because the burden of the tax is bigger for the person with the lower income, indirect taxes are often defined as regressive.

Overlap Between Indirect and Direct Taxes

To add more complexity to taxation in the United States, some types of taxes can be both direct and indirect. An example of this is sales tax. According to Investopedia, sales taxes are direct taxes when they are applied to a consumer at the point of sale when the consumer purchases a product or service. Sales taxes are indirect taxes if they are applied as a value-added tax.

Paying taxes may seem like a frustrating experience, especially when a person considers all of the types of taxes they have to pay as an individual or as a business owner. Indirect taxes are not as obvious as direct ones, but they are still paid for by consumers at some point. Understanding what is an indirect tax helps a person become familiar with where their money goes and what their obligations are as a resident of the USA.