Even in the year 2000, the Generally Accepted Accounting Principles were considered out-of-date. They were not geared toward post-industrial accounting needs. They were slow to implement because they were designed that way. In 2000, the true post-industrial business model was only about a decade old. Put together with corporate preferences, which were stuck in the same rut as that of the robber barons, and a distinct allergy to change, despite the advent of new accounting principles, the GAAP remained the standard in the United States. Additionally, the Securities and Exchange Commission’s position is antithetical to change, too, because they fear litigation on the part of companies that want things the way they’ve always been rather than what’s better. In countries around the world, accounting has marched on and has developed stronger systems and quicker-to-implement policies.

International accounting is a specialty within the entire discipline that is focused on using specific accounting standards that are as relevant in the US as they are when you are balancing the books of a company overseas. If you are interested in working as an accounting professional and you are trying to choose a specialty or subset, it is important to learn how one differs from the other. In today’s modern business world, any financial accountant who works in the global business environment of the 21st century will fit into the broad definition of international accountant. Read on, and find out more about what global accounting is and why it is a popular choice.

Under the International Financial Reporting Standards, much of the developed world uses the same guidelines throughout. Those standards are transparent and consistent, which makes it far easier to work with companies in multiple countries than it is to work with companies in the United States. Before the IFRS, the accounting situation outside the United States was chaotic. Little was easy, and much was problematic. The IFRS directives were designed to make things consistent, and another benefit is that the international accounting directives apply to both businesses of all sizes and individuals. The downside is that the United States, unfortunately, clings to its outdated procedures.

Now, it is 2020, and the United States’s recalcitrance has put its companies at a disadvantage. The changes necessary to bring it out of the veritable Dark Ages are not complex. The accounting powers that be in the U.S. simply have to decide to change for the better. 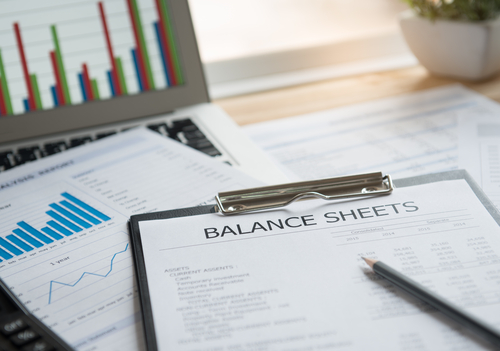 Domestic accountants in the United States still use what some believe are outdated techniques and standards referred to as Generally Accepted Accounting Principles. The U.S. GAAP standards are used by the Securities Exchange Commission, but eventually there will be a shift to the International Financial Reporting Standards so that all companies can follow the same code of rules and reporting standards when making financial information public, according to Investopedia.

The IFRS has four basic requirements. The simple list of these includes:

The statement of changes in equity outlines items that have been bought or sold as the company conducts business. These could be buildings, fleets of vehicles, or even portfolios of stocks that have changed hands. The cash either generated or spent in these transactions is then detailed on the cash flow statement, and the company’s position is outlined on the balance sheet.

The cash flow statement just looks at the cash as it comes in and goes out. It doesn’t count material assets, unsold stocks or other equities, or accounts receivable. Usually, a cash flow statement has three categories: operations, financing, and investing.

All of these forms must be audited for accuracy and transparency so that applicable parties looking at the company can get the correct information. All of the forms must relate to each other so that they all support the data contained in each of the four forms. Everything, as they say, must “match up” or be considered an irregularity.

One of the chief differences between the GAAP and the IFRS is the way each treats inventory. American accounting practice is to treat the newest inventory as the first to be expensed, which lowers a company’s tax obligation. What many shareholders don’t realize, however, is that it also lowers net income, which then affects dividends. The IFRS prohibits this “last in, first out” method of inventory. Instead, international accounting uses “first in, first out,” which means the oldest inventory is the first to be expensed. It is true, however, that many U.S. companies prefer this method, and these are the companies best positioned to transition to a global presence.

Here is a simple example: A company has 10 items. For sake of argument, let’s say that the first five items arrived in the company’s warehouse a week ago, and the second five items showed up yesterday. Further, let’s assume that the five week-old items are being sold for $10 each, and the five items that showed up yesterday are being sold for $20 each. Last, let’s say that the company sold six total items. With “last in, first out,” the company would sell all five of the items that arrived yesterday for a total of $100. It would also sell one of the week-old items for $10. The total income for selling all six items is $110. Using “first in, first out,” the company would instead sell five week-old items for $10 each, or $50, and one of the newer items for $20, which would be a total of $70.

Once all 10 items are sold, the company would $150 total. The difference is only when the calculations are made, which affects tax liability, shareholder dividends, and apparent overall company health.

A New Shift is Taking Place in the Discipline

Since the shift has not yet taken place, accountants who are well-versed in the International Financial Reporting Standards rather than the GAAP standards are international specialists. Since the business environment is becoming more and more globalized, the need to address the issues that are presented by the world’s capital markets is greater than ever. International specialists know the systems and the universal accounting language that was established by the IFRS in 2001. 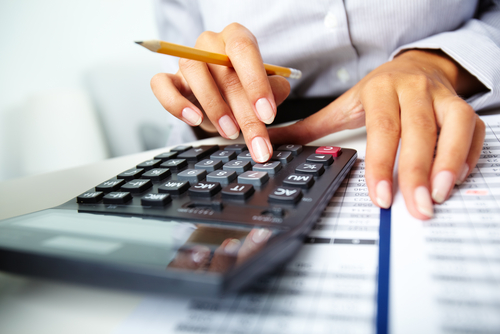 The Bureau of Labor Statistics shows that all accountant jobs are increasing at the rate of 4% per year, which is just about average when compared to other jobs. There are roughly 1.5 million accountant jobs in the United States currently, and that means that over the next 10 years, the economy will add roughly 62,000 accountant jobs. Because of the increasing need for accountants trained in IFRS practices, the vast majority of those are likely to be international accountants. Eventually, the United States will transition away from the outdated GAAP and embrace IFRS policies and procedures. Until then, however, the best accountants for companies to hire are those who are familiar with both sets of rules and how they interact.

As far as the rate of pay is concerned, the median is about $71,000 annually. With the high demand for accountants overseas, the rate of pay is likely to rise so that companies can attract the best talent. In the European Union, the average salary is between 3,000 and 4,000 euros monthly. The maximum, therefore, is roughly $58,000 in U.S. currency once one factors the exchange. As with all jobs in the EU, too, the number of hours worked is far fewer than in North America.

How to Get a Job in Accounting as an International Specialist 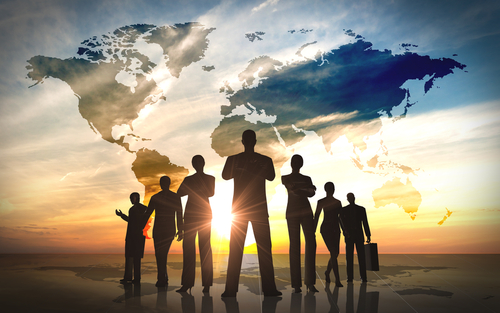 Now that you can see that all financial accountants and managerial accountants who are working in a global type of setting are going to fit into the international classification, it is time to learn how you can land yourself a specialist role. The first step will be to earn yourself a bachelor’s degree majoring in accounting or another related area like finance. It can be especially beneficial to minor in a foreign language so that you are a greater asset.

Harvard University is the No. 1 school in the world when it comes to accounting. In addition to granting degrees at all levels, the university also confers numerous certificates in both accounting and other business-related topics. Undergraduates complete a fairly standard 120-credit program that is exceptionally stringent. International accounting is part of the education students receive if that is the track they choose to pursue.

Harvard University provides students with the opportunity to study abroad, which is key to developing the right skills and knowledge to lead the way in the 21st century global business world. The university doesn’t neglect teaching the GAAP, either, because the staff knows that the transition from GAAP to IFRS in the future will be fraught with problems. It will require great effort on the part of international accountants.

After you earn your degree, you will need to put it to use for at least a few years. It can also be extremely beneficial to attend a graduate program so that you can sit for the Uniform CPA exam. Having the CPA license is what will distinguish you as a professional by demonstrating that you meet the highest standard of competence in accounting, according to the National Association of State Boards of Accountancy.

The demand for international accountants just continues to get larger and larger. If you want to play a major role in the financial success of corporations that do business overseas, this could be the best path for you to take. Attend school and take globalized coursework so that you can learn international accounting systems and you will be equipped with the knowledge that you need to compete for some high-paying accounting roles.

In short, international accounting is an integral part of the global marketplace. More and more countries are adopting the principles of the IFRS every year, and as fewer and fewer countries remain that use outdated practices, the more that countries that lag will need to join them. As shown, the principles are similar, so the changes would not be difficult to implement on their face. The resistance comes from companies that don’t want to spend the extra money to change “the way they’ve always done things.” Only time will tell whether or not the companies in question will embrace the necessary change or be left behind as accounting “pebbles in the sky.”