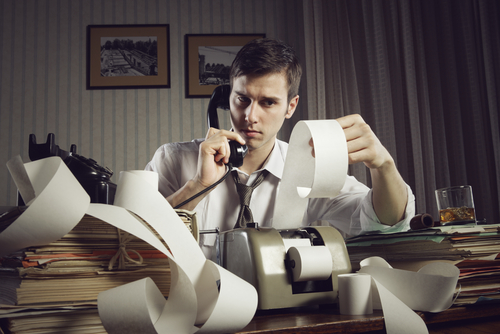 Unusual Tax Rules from Around the World

Many Americans believe that the United States federal tax code is overly complicated, but there are some weird tax rules from around the world that are equally nonsensical and complex. Strange tax laws and requirements are not unique to the United States. Becoming familiar with these five unusual rules on taxes from other countries could put a smile on any accountant’s face.

Most people recognize that a majority of artists are rather close to “starving artist” economic status. In Ireland, writers, sculptors, visual artists and composers who sell their works do not have to pay income tax on most of it. In order to get the tax exemption, they have to file a claim for original work under the tax authority. The authorities review whether it was original, creative and has either cultural or artistic merit.

Great Britain has a rule that provides a tax deduction to films that are deemed to be culturally British. The film has to be registered through the authorities, and it will be rated based on its cultural content, hubs, contribution and practitioners. Films that rate highly enough on the scale can get up to a 25 percent tax break on the income generated by the film’s release.

In Sweden, parents have to get approval for their baby’s name from the nation’s tax agency. If they fail to get the name approved, the tax agency can fine them up to 5,000 kroner, which is equivalent to approximately $770 in United States dollars. This law was passed so that parents could not give their children offensive or nonsensical names. Some of the names disallowed included a string of characters with punctuation marks and “Ikea”, but names such as “Lego” were approved by the authorities.

According to CNBC, another unusual tax rule from outside of the USA is the beard tax instituted in Russia in the 1700s by Peter the Great. After touring other European nations, he found most of the men to be clean-shaven. Upon returning home, he instituted a beard tax. Men in public with a beard had to show a token to the authorities in order to prove that they paid the beard tax. Although this tax was repealed in 1772, it is still one of the most unusual taxes to have been in place at any time around the world.

Each of these unusual rules about taxes shows that no matter where in the world a person might live, the burden of paying taxes can involve some strange requirements. Each of these rules might seem somewhat silly, but they must have made fiscal sense at some point in time. Becoming familiar with these five weird tax rules from around the world also provides some insight as to what different governments prioritize and how they prefer to get their funding.