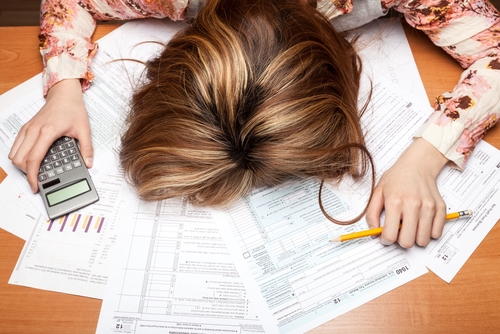 Some of the Most Unusual Tax Rules in the United States

The state of New York is known for several iconic foods. Thin-crust, foldable pizza slices, apples, and of course, bagels. If the bagel is sold whole and not sliced, it is exempt from sales tax. However, if the vendor slices it, it becomes taxable. If cream cheese, lox, butter or peanut butter is added to the bagel, it is also subject to tax. The tax rate for the prepared bagel is 8 cents, no matter how it is prepared.

California’s Central Valley grows a majority of the domestic fruits and vegetables produced in the United States. One would think that the state would want to promote eating these healthier options when they are available in vending machines. According to Intuit, the state of California levies a 33 percent tax on fruit that is sold through a vending machine. This includes fruit salads, sliced apples, whole oranges and more. The same fruits or fruit products purchased in a grocery store are not subject to this tax.

In New Mexico, residents who reach their 100th birthday get a pleasant tax bonus. The state exempts centenarians from paying state income tax. The rules for not having to pay the tax are as follows: the person must have been a resident for at least six months by December 31 of the tax year, and the resident must not be listed as a dependent on anybody else’s state income taxes.

The state of Colorado levies a 2.9 percent non-essential packaging tax. For example, buying a to-go cup of coffee from Starbucks or McDonald’s means that the cup, which is essential to the coffee purchase, is not taxed. If the customer wants a lid on their cup of coffee, the sale is subject to the tax. The lid is considered as a non-essential part of the packaging.

Some of these weird tax laws are likely to generate a smile or chuckle, while others may leave a person wondering why lawmakers took the time to pass what seems like nonsense. It is worth considering the fact that these tax laws may have been attached to other bills of more importance, and they simply came along for the ride through the state legislature. Familiarity with these five weird tax laws in the United States could be good fodder for conversations at dinner parties or the Thanksgiving table with friends and family.